It is expected that by December 20, the project of equipped with led lights in the two districts of Hoa Thanh and Tay Ninh will be completed.

According to the Traffic Project Management Board (Department of Transport of Tay Ninh), it is expected that by December 20, the project is equipped with led lights for public lighting and urban decoration in the two districts of Hoa Thanh and Tay Ninh. will be completed and promptly serving activities for the people in the upcoming Tet holiday.

According to the approval decision of the People’s Committee of Tay Ninh province, the project to equip LED lights for public lighting and urban decoration will replace 3,066 traditional high-pressure bulbs (Sodium HPS bulbs that have expired. ), replaced with white light led bulbs, with a capacity of 42W to 151W at 51 urban roads in Hoa Thanh and Tay Ninh districts, is expected to save about 2.7 billion of electricity. kWh / year compared to current bulbs, equivalent to the savings of over 4 billion VND / year. Previously, in order to save electricity for public lighting due to lack of electricity during peak hours, Tay Ninh province had to turn off devices (lights, shadows turned off), so it could not ensure aesthetics and traffic safety at night.

It is known that the project is invested by the Department of Transport of Tay Ninh province, the HCM City Public Works Lighting Company is the implementation unit, with a total winning value of over 37 billion VND. 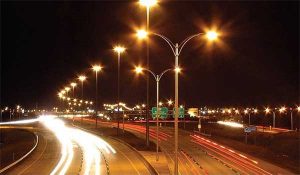 Replace public lighting with LED lights in Hoi An